The stage of the University Theatre at Cameron University will be dominated by the sounds of three distinctly American styles of music during the upcoming Country/Jazz Fusion concert, featuring special guest Landon Dodd and his band, the Dancehall Drifters. Dodd will join the Cameron University Jazz Ensemble as well as the Lawton Jazz Orchestra to present a program of Western swing, traditional country and classic jazz favorites. The concert takes place on Tuesday, November 2, at 7:30 p.m.

Admission is $10 for adults and $8 for senior citizens, military members and students K-12. CU students, faculty and staff are admitted at no charge with CU-ID. To reserve a seat, call 580-581-2346. Facial coverings are strongly encouraged. 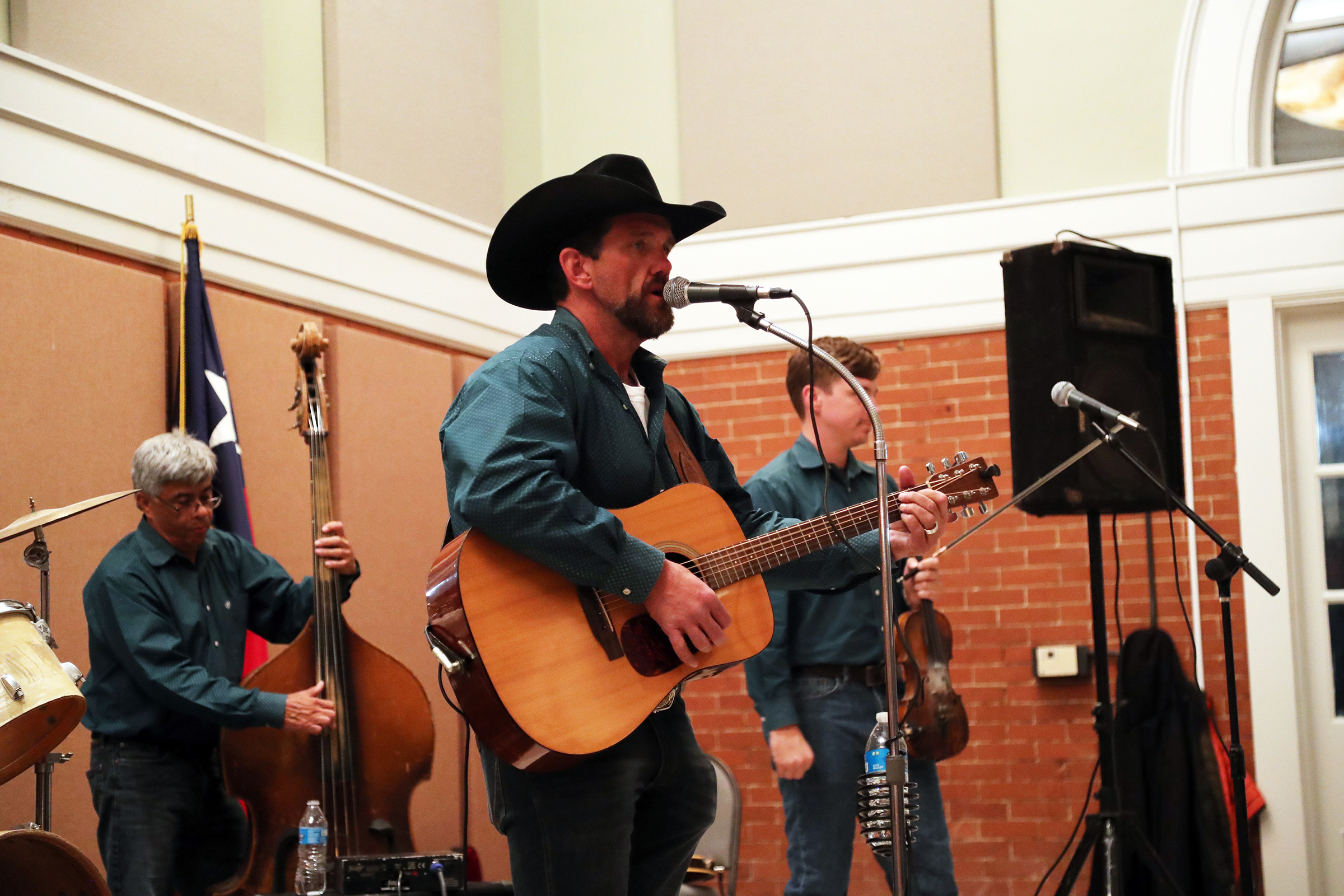 Dodd and his band perform at honky tonks and dance clubs throughout Texas, where they have developed a name for keeping fans on the dance floor all night. Adept at playing Western swing as well as traditional country music, Dodd’s repertoire spans decades of two-steppin’ favorites and tear-jerking ballads as well as original compositions.

When the Texas native got his first guitar at the age of 17, he knew that playing and singing were going to be a permanent part of his life. After studying music at Abilene Christian University and Tarrant County College, he hit the stage as part of different bands. In 2006, he formed the Dancehall Drifters, which has been named Pure County Band of the Year by the Academy of Western Artists (AWA). Dodd himself was named AWA’s Male Vocalist of the Year in 2011.

Dodd and the Dancehall Drifters have gained a large following among those who love the true shuffles with an emphasis on fiddle and steel guitar. The popular entertainer has released two CDs, “What Comes Natural To A Fool” and “Call of the Wine.”

The Cameron University Jazz Ensemble, composed primarily of CU music students, will open the concert with “Tis Autumn,” featuring Josie French on vocals and Peter Macias on piano. That performance will be followed by “Chattanooga Choo Choo,” also featuring French on vocals, and the jazz standard, “Just Friends,” featuring Jeremiah Phillips on flugelhorn.

Dodd will join the Cameron University Jazz Ensemble for classics including “San Antonio Rose,” “For the Good Times,” and “South of the Border.”

Following a brief intermission, the Lawton Jazz Orchestra, made up of musicians from the Lawton/Fort Sill community, will collaborate with Dodd on “Milk Cow Blues,” “You’re Nobody ‘Till Somebody Loves You,” “Night Life,” “Fraulein” and “On The Road Again.”

This concert is made possible by a generous contribution from Cameron University Lectures and Concerts.