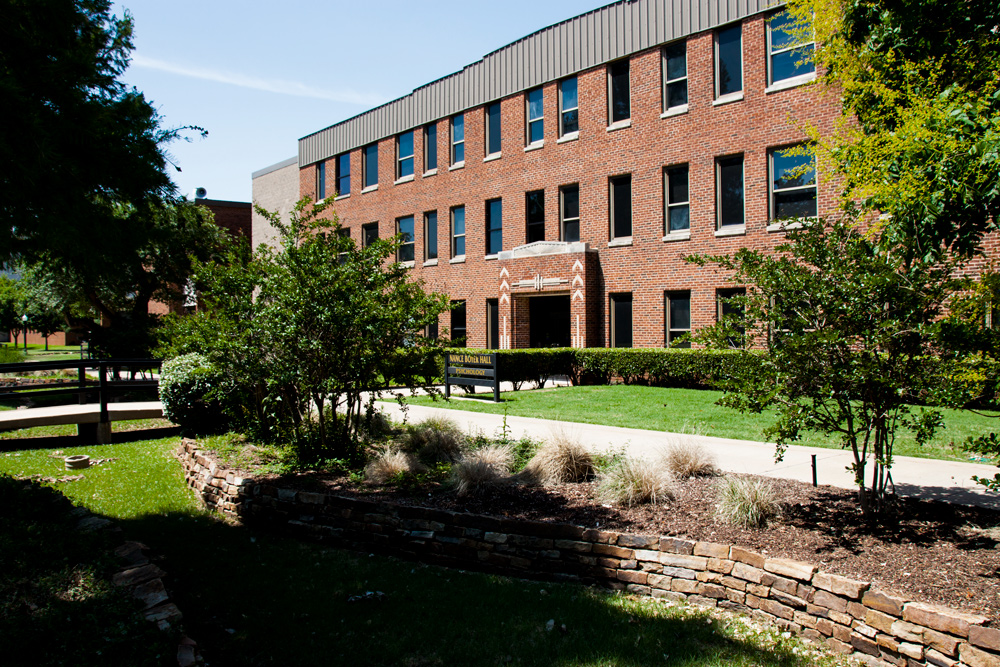 The oldest building on campus, Nance-Boyer looks completely different today than when it opened as a new administration building. The original section of Nance-Boyer was constructed in 1929 with a distinct southwestern look, which can still be seen on the middle east entrances. The building is named after Oklahoma House Speaker James C. Nance and State Senator David Boyer, who played key roles in obtaining funding for the construction. The original section consisted of the three stories and is easily identified by the tile flooring: black tile which boxes in several squares of white tiles. The newer additions have completely white tile and are only two stories tall.