Good Academic Standing. A student who meets the University’s retention standards is in good academic standing.

Academic Notice. Freshmen students with 30 or fewer semester hours or a retention GPA of 1.7 to less than 2.0 will be placed on academic notice. Academic notice is not recorded on the transcript.

Academic Suspension. Academic suspension will occur at the end of any semester during which a student who is on academic probation fails to meet the applicable retention standard or fails to earn a semester GPA of at least 2.0 in regularly graded work, not to include activity or performance courses. Suspended students may not be reinstated until one regular semester (fall or spring) has elapsed. Academic suspension is recorded on the transcript.

Suspension of Seniors. A student with 90 or more semester hours in a specified degree program who has failed to meet the retention standard for continued enrollment and has failed to earn a semester GPA of 2.0, which would allow continued enrollment, may enroll in an additional 15 semester hours in a further attempt to achieve the requirements for retention. A student will be afforded this extension one time only.

(1) Appeals of academic suspension due to “extraordinary personal circumstances” will be considered by the Academic Appeals Committee. Students reinstated on this basis will be readmitted on probation and must maintain a 2.0 GPA each semester or summer

session while on probation or raise their retention GPA to the retention standard.

Should a reinstated student be suspended a second time, he or she cannot return to the University until such time as he or she has demonstrated, by attending another institution, the ability to succeed academically by raising his/her GPA to retention standards. Copies of appeals procedures and the conditions and procedures for readmission may be obtained from the Office of Admissions. 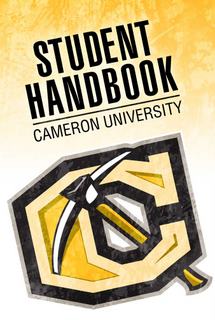