Unconditional admission to graduate study will be granted under the following circumstances:

Conditional admission to graduate study may be granted under one of the following conditions:

Students for Whom English is a Second Language

International students or students for whom English is a second language must present evidence of proficiency in the English language prior to admission. Such applicants must achieve a minimum score of 550 on the paper-based or 213 on the computer-based Test of English as a Foreign Language (TOEFL) or a 6.5 on the International Language Testing System Examination (IELTS). Official examination scores must be sent directly from the testing service to the International Student Admissions Office.

Members of the armed forces stationed in Oklahoma, their spouses, and dependents shall be admitted without payment of non-resident tuition so long as they continue to be stationed in the state in the full-time military service and under military orders. A student attending an institution while on full-time active duty in the armed forces at an installation in Oklahoma is considered a temporary resident of Oklahoma while attending school; therefore, a student neither gains nor loses resident status solely by such military service.

Tell us how we're doing!

Either scan the QR code below, or simply click here to let us know. 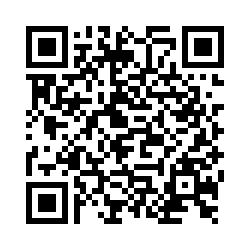