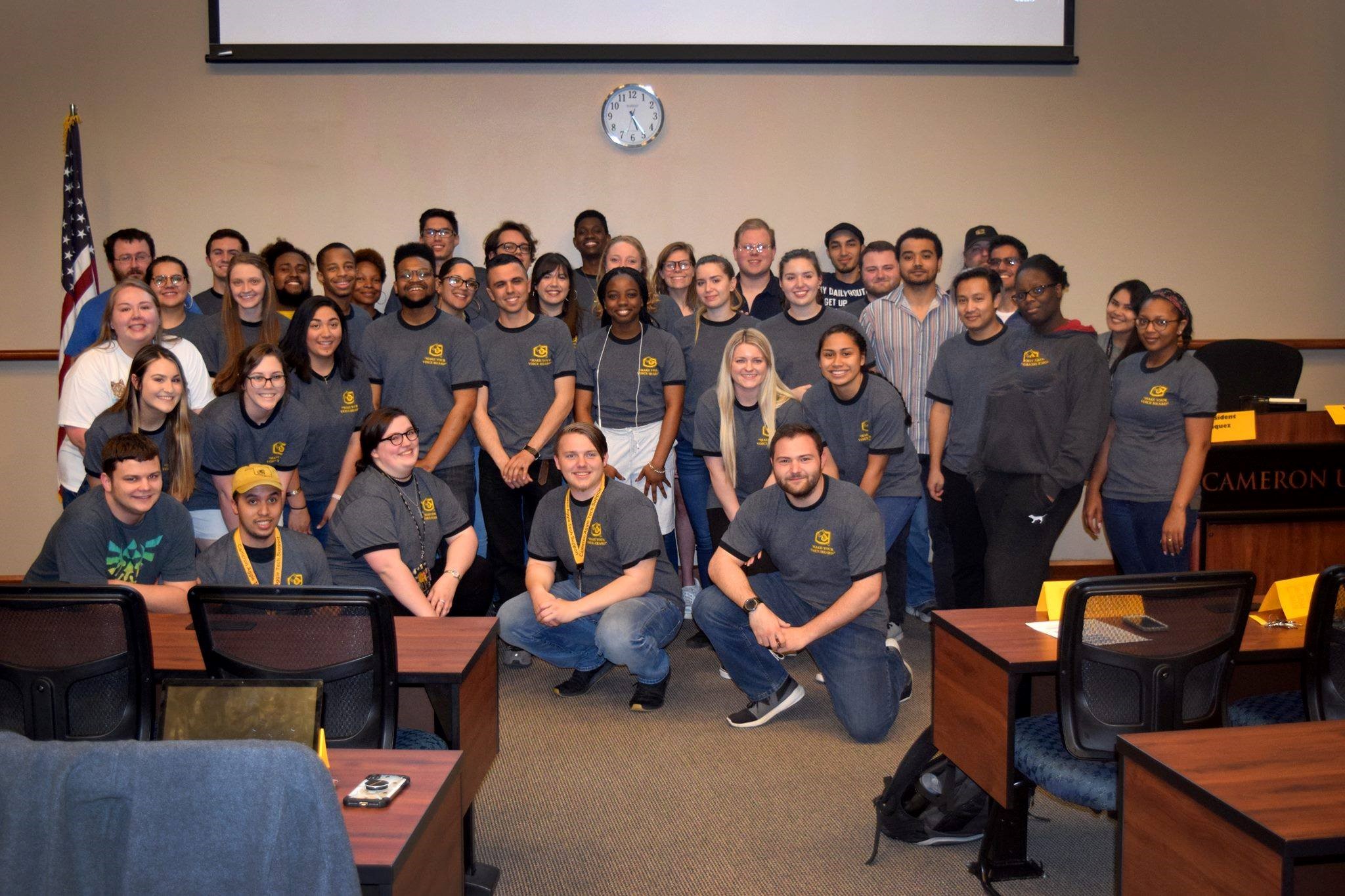 Cameron University's Student Government Association is an organization that represents the concerns and ideas of the student body. The purpose of SGA is to represent, lead, and unify. Student Government aids the university in its large purpose of education, makes recommendations to the administration of the University regarding student issues and concerns, and encourages enthusiastic school support. SGA is not just a club, it is for all students. Members of SGA are students who are elected each fall and spring to be responsive to the needs and wishes of the student body of Cameron University.

How is SGA Structured?

The Student Government Association consists of elected Senators, Senators designated by recognized student organizations, the Executive Council, and Constitutional Committees. There are six (6) elected senators from each of the University's academic schools and six (6) at-large senators. The six (6) senator seats from each school and the at-large category may be composed of any classification as long as no classification exceeds three (3) seats in each category. The elected officers consist of the President, Vice President, and Treasurer. Senator elections are held by general election in the Spring semester, with one seat in each category remaining vacant until the Fall elections in which eligible Freshmen can participate. After fall elections, if those seats are not filled by classified freshmen, the runners-up from the previous elections will earn the seat. Special Elections may be called at the discretion of the President of Student Government. There are two constitutional committees: the Finance Committee and the Election Committee.

How do I get involved in SGA?

If students cannot commit the time to be active in the SGA, the officers still want them to come to the meetings or stop by the SGA Office in the McMahon Centennial Complex. Students who choose not to participate in SGA are encouraged to voice their opinions by voting in SGA elections and communicating with their senators and representatives.

When and where does SGA meet?

The Student Government Association meets each week on Monday at 5:15 P.M. in the auditorium of Ross Hall.